KE creates value both for its customers and its employees. This is based on a harmonious pursuit of the company’s operational and financial goals, blended with a holistic value-creation approach which fully incorporates the company’s sustainability objectives.

This approach is demonstrated in the following areas:

Over the last few years, KE has enhanced its generation capacity by approximately 1,057 MW and improved its overall fleet efficiency by 23%. K-Electric continues to expand its generation portfolio by developing projects with external developers and through self-generation. In line with its efforts toward cleaner energy, KE will be the power off-taker from a 50 MW solar IPP in process of being developed by Oursun Pakistan Limited. In pursuit of its commitment to its customers, K-Electric has unveiled plans for a USD 1 Billion, 900 MW power plant at Bin Qasim. In addition, KE’s flagship Bin Qasim Power Station (BQPS)-II has become the first Pakistani power plant to achieve ISO 50001 energy management system certification which is a testament to KE’s longstanding commitment to sustainability, including energy management initiatives to reduce energy consumption and greenhouse emissions. All these efforts are in line with K-Electric’s vision of a load-shed free and prosperous Karachi.

The organisation now generates almost 55% of the electricity it distributes through its own systems.

Through on-going investments in its Transmission and Distribution infrastructure, KE has taken major steps towards enhancing its capacity and system reliability as well as customer service. These include projects such as TP-1000, a USD 440 Million transmission enhancement plan, adding 1000 MVA to our network, and Aerial Bundled Cables which replace bare overhead power lines with insulated cables tightly bundled together. The insulated cables are a safer and more reliable way of conducting electricity and also prevent power theft. As a result of its efforts:

KE has adopted an unwavering commitment to excellence in Health, Safety, Environment and Quality. The organisation firmly adheres to its motto of ‘No Compromise on Safety’.

KE conducted 55,729 man-hours of safety training and carried out over 2,928 safety inspections conducted in FY 2017.

There has been marked improvement and growth in crucial performance indicators in recent years, as demonstrated in the below graphs: 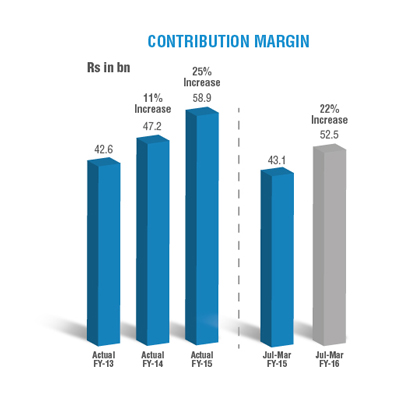 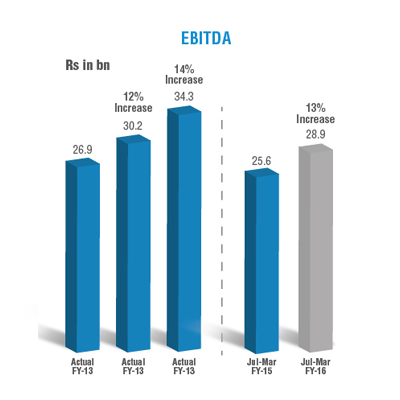 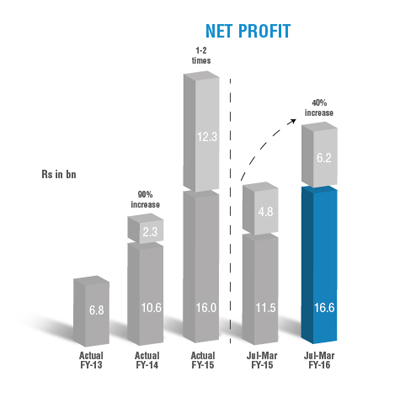 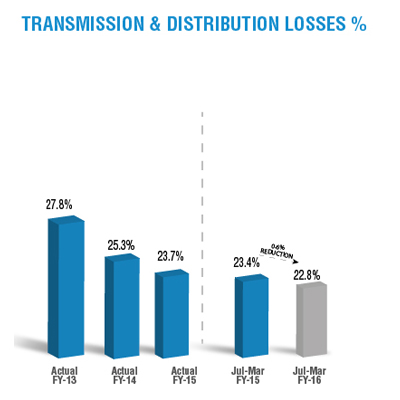 KE has made major investments in recent years. The total capital expenditure on generation, transmission and distribution projects exceeded PKR 130 billion from 2009 to 2016.

KE has secured a financing of up to USD 250 million from the Overseas Private Investment Corporation (OPIC) , and signed an agreement with OPIC for 10-year financing arrangements. This OPIC loan is part of a USD 450 million investment planned by KE for its transmission and distribution system, including the installation of grid stations, transmission line equipment and other enhancements.

In 2015, after the tremendous success of the KE AZM Sukuk, KE launched the Sukuk-ul-Shirkah (Shirkat-ul-Milk), worth PKR 22 billion, out of which PKR 7 billion was offered to the general public. The proceeds were utilised to prepay long-term loans to the International Finance Corporation and the Asian Development Bank.